North Braddock landowners were contacted in 2014 to lease their land rights for gas drilling at the nearby Grand View Golf Club in North Braddock.  Public zoning and council meetings were packed with large crowds expressing their opinions on the issue.  Many residents were against the project due to the possible detrimental effects it could have on the residential area.  Some residents were in favor of the project to bring tax and royalty money into the struggling community.  North Braddock council passed new zoning ordinances in May 2014, that prohibited gas drilling in the golf course's residential zone. Below is the lease letter sent to landowners describing the proposal for gas drilling on the Grand View Golf Club.

In November 2017, residents learned of plans for a gas drilling permit application on the Edgar Thomson Steel Works site in North Versailles Township.  The project is in the permit phase and future town hall meetings are planned to be held. The drilling is planned in North Versailles but could run underground through the surrounding communities of East Pittsburgh, North Braddock, Braddock, etc.
https://www.dep.pa.gov/About/Regional/SouthwestRegion/Community%20Information/Pages/Merrion-Oil-and-Gas--.aspx
March 27, 2019 - DEP Meeting In Braddock

The debate over gas drilling is still a topic of discussion.  Yard signs have shown up for both sides of the argument.  Residents continue to question whether fracking could be a good or bad thing for the community.

Some council members discussed the lack of funding for road paving and building demolition.  Gas drilling could be a revenue source for the needed improvements in the community.

Many people expressed concerns over the U.S. Steel fracking proposal at the DEP community meeting held in Braddock in March 2019.
https://www.wtae.com/article/dozens-speak-against-proposed-fracking-in-braddock/26968016 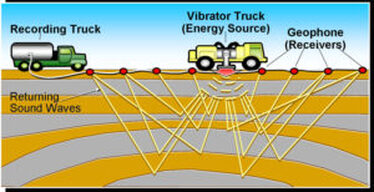 Precision Geophysical requested seismic testing on boro streets that include Hawkins, Middle, Baldridge, Jones, & Bell. The company was contacted to attend the January 2020 meeting but did not provide a presentation.

There would be a $1,000 permit fee. The company would be held responsible for damage to roadways and other claims. Residents would have to be notified and the company would have to evaluate potential claims from homeowners. Council did not approve the testing at the regular council meeting on December 17, 2019.

Seismic testing is a process whereby an image of the subsurface is created. The data is used by the oil & gas company to locate the most optimum place to drill for gas. 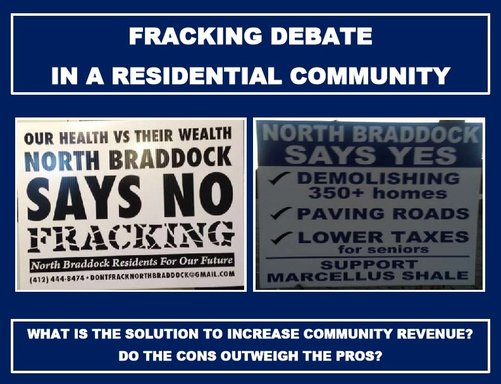